Coming from a mainstream primary setting but having dabbled in Project Based Learning for the last three years, I now believe it is an effective way to teach concepts in an engaging real-world way.

This type of learning does take some adjusting to, especially if you’ve come from a more structured individual style of achieving curriculum outcomes. My experience is that kids struggle at the beginning but eventually understand that there are both individual and group components to a project. The important thing is that concepts actually ‘stick’, whereas with rote learning that is often not the case.

The class recently completed a maths project where they needed to design and build their own humane safari park. The concept involved calculating perimeters, area, scale and position using multiplication, subtraction and addition. The class has also been working on their iPads to build a ‘Feeding Schedule’ for their ‘Happy Hippos Zoo’.

The overarching theme is that zoos can be sustainable; can improve the sustainability and conservation of many species whilst providing opportunities to educate people on the plight of many endangered animals around the world.

We are currently working on a new creative arts project that involves re-telling of Indigenous Dreaming stories. The students are required to recreate the story in the form of a shadow puppet theatre. Each group have written their own scripts, designed and built their own puppets, sets and light boxes. Some students are performing a live show while others have decided to shoot a movie. The theme is about culture and how various cultures pass on knowledge.

We have some great guest speakers including a father of one of the class members who worked on the animation for the movies The Jungle Book and Lion King 2 and has recently directed the new ABC KIDS animated show, Bubble Bath Bay.

The students shows will be performed toward the end of this week. 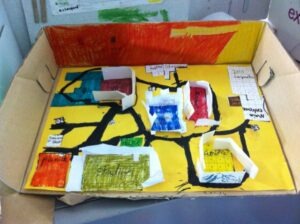 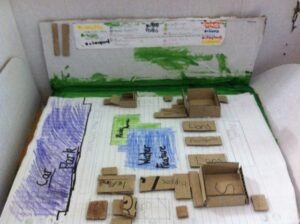 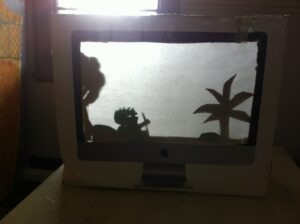